Don’t miss the first amazing event of the year. Come and join us at the Lake Kawana Community Centre for an inspiring and motivational breakfast with Olympic Gold Medalists, Steven Bradbury and Kerri Pottharst.

Find out how to turn your passion into a business, overcome any obstacles to reach your goals and how to be prepared when opportunity presents itself.

We also have a special VIP lunch afterwards with Kerri Pottharst. With a maximum of 40 tickets available you will get the chance to chat with Kerri as well as network with other guests. Included will be a sumptuous 3 course lunch and a 2 hour drinks package at one of the Sunshine Coasts best restaurants, Green Zebra on Kawana Island.

Tickets are very limited so BOOK NOW to secure your seat.

Steven Bradbury created history when he won Australia and the Southern Hemisphere’s first Winter Olympic Gold Medal.  Bradbury won fans the world over for the honesty and humility he showed after the win. He saw the victory as reward not for one race, but for 12 years of hard training that included more than his share of misfortune.  A race accident in 1994 led him to being impaled on a rivals skate, creating a cut in his leg, so extensive he lost 4 litres of blood and required 111 stitches. He was extremely lucky to survive. A training mishap in the year 2000 broke his neck. After 6 weeks in a halo brace Bradbury again fought his way back, and 18 months later that same neck was supporting an Olympic Gold Medal!

Kerri Pottharst is without question, one of Australia’s most popular female sporting personalities. She is also Australia’s most decorated Indoor and Beach Volleyball player, having represented her country for an incredible 22 years!

In 1992 a serious knee injury should have ended her career, but in her typical no-nonsense style she recovered late in 1993, changed her goals to Beach Volleyball and then went on to compete in 3 Olympics and win two Olympic medals.

One of those was Bronze at the Atlanta Olympics and then the Gold that everybody remembers so well, at Bondi Beach during the Sydney 2000 Games.

She is renowned for being one of the fiercest competitors in the world of Volleyball. 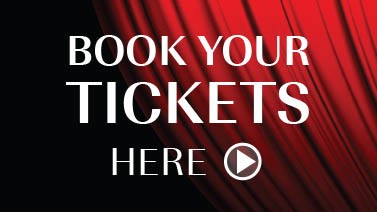 BREAKFAST: $77 per person, includes breakfast with tea and coffee at the Lake Kawana Community Centre.

Please advise of any dietary requirements when booking. Seating will be pre-allocated, so please indicate in the booking special requests if you wish to be seated with any other ticket holders not on your booking.